For the first time in a long time, another event has taken place! February 10 and 11, I attended ICT.OPEN. If you know me (or checked out my publications) you may have seen that my presentation from last year was rescheduled for this year. My presentation was at the far end of the symposium, so I will talk about attending first! 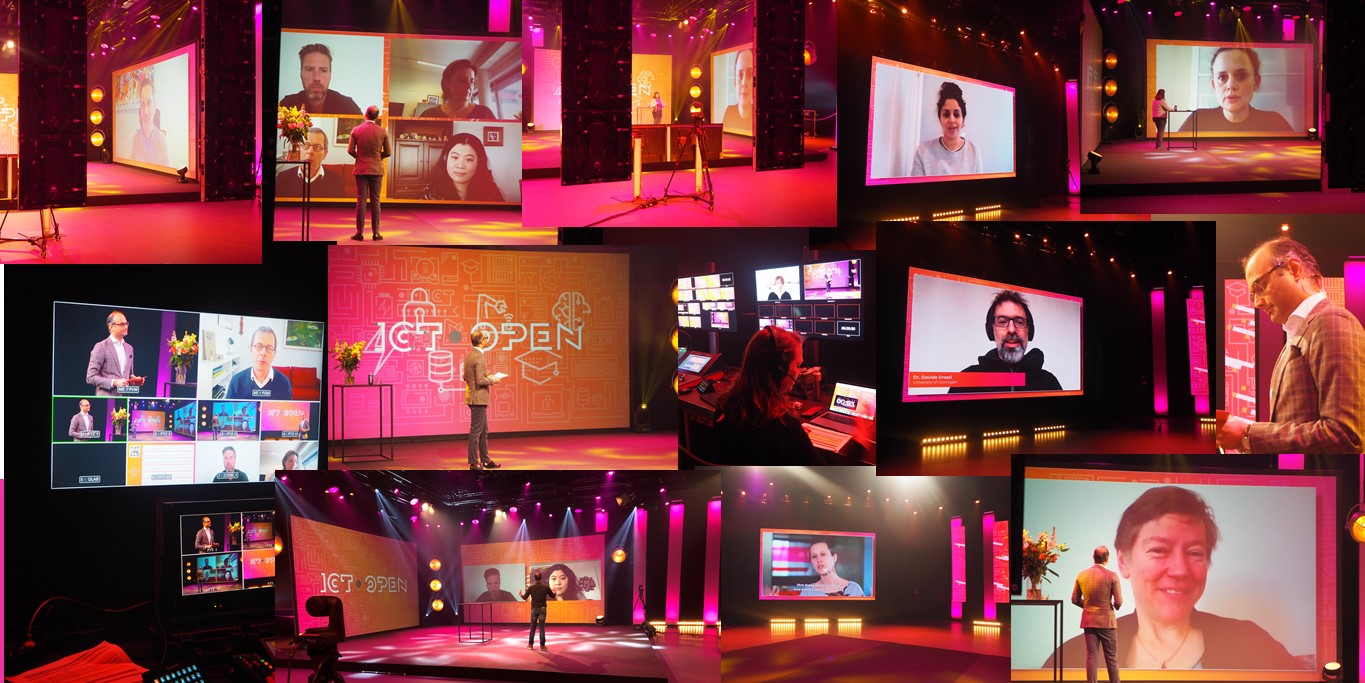 On the first day I focused on the ICT & Education track, that was newly added this year. With my research topic, I felt like this would be the most interesting track for me. The track on Wednesday consisted of a keynote and two panel sessions.

The first keynote in the track was by Marcus Specht of TU Delft, on Data-Enhanced Learning. Of course, in recent times, the challenges of online learning have been highlighted. We can use data for regulation of learning processes. For example, we can use real-time data and visualization as learning materials. In a more meta-sense, students can use activity data for reflection on their learning-process. Marcus discussed how autonomy in choosing your own goals for reflection is important in enhancing learning.

The first panel was on life-long learning in ICT. It was interesting to get insights from the three panelists, who all had different backgrounds in which they applied the life-long learning principle. The second panel was on innovations with ICT for Higher Education. Here again the pandemic is relevant. Before this time, many people were talking about innovating, about going online. Then we had to actually do it over a weekend. Clearly, it was not perfect, but when there is enough pressure, there is much more that can be done. Another interesting point in this panel was that when we create innovations, we should consider what the point of the tool is. Would lecturers or students even like to use it during education? Does it fit their wants and needs, or did we try to fix a non-existing problem?

Other main elements on Wednesday were the Keynote by Anne-Marie Kermarrec, and the panel on leadership in ICT. The panel consisted of Cynthia Liem (ICT next generation, TU Delft), Martijn Deenen (NWO), Maarten van Steen (UT) and Marieke Huisman (UT). This panel was very interesting: based on input from an Academic Leadership survey, Cynthia Liem had set up three very strong propositions on leadership, that the audience also voted on.

Interestingly, the votes on the first two propositions were approximately 50/50. For the final statement, it was closer to 75/25 agree/disagree. Looking at my own ambitions to continue in academia after my PhD (in many years...), I was interested to hear what current academics have to say about this. For the first statement, some of the important points included communication over weekends and breaks, and deadlines on Mondays, after summer holidays and Christmas break. This is also something that I see has begun to change within education. When I was a student, I think most courses had their deadlines on Sunday, 23:59. The courses that I'm involved in now, have (had) their deadlines on Wednesday or Friday. This gives the students the opportunity to take their weekends off.

The panel was in agreement with the audience that something should probably change regarding all three propositions. Now, besides just discussing this, action should be taken on this too. Cynthia called out on Twitter to meet with attendees afterwards in the Networking area of the conference. As a PhD student with ambition to stay in academia, I was interested how I could play a part. We had a very interesting discussion, in which I learned about some organisations and networks that are active in the area of discussion and reform. Now it is up to me to find one that I connect with most.

The title of the gameshow was no pants required. Pants were necessary though, as we were running around in front of the camera.

After a break for dinner, we ended the day with a really fun social event, a game-show. I never saw this concept of a quiz 'on live television' before. I do feel that it would work a bit better for a group of friends, but most people participated (enthousiastically). There were three rounds: fetch an item, guess the sounds, and pinpoint a location. I had a good evening and ended in second place.

On Thursday, I could not attend fully due to other commitments. I had to skip the opening and keynote, and jumped in halfway through the first set of parallel sessions. Today, no sessions on Education, so I decided to check out the track that I also participated in myself: Big Data and Data Sharing. As the Wednesday only included panel sessions for me, I had not seen the presenting process yet. Checking out the chair and system, I saw good enthousiasm and a fair number of questions for each presenter, even though only interaction between chat was possible.

On Wednesday I had already noticed that the platform was really clean, but it lacked some elements of interaction. Each track had its own studio, from which the presentations were broadcasted. The broadcast had a sidebar to ask questions. As attendees we could not see how many fellow attendees were in each track, nor who they were, and this same thing held as a presenter. This meant no real chance for interaction. As conferences for me are my main opportunities to network, I feel that this is a disadvantage. On the other hand, there was no chance of people being distracted by video or audio by other participants. This gave off a very professional appearance. 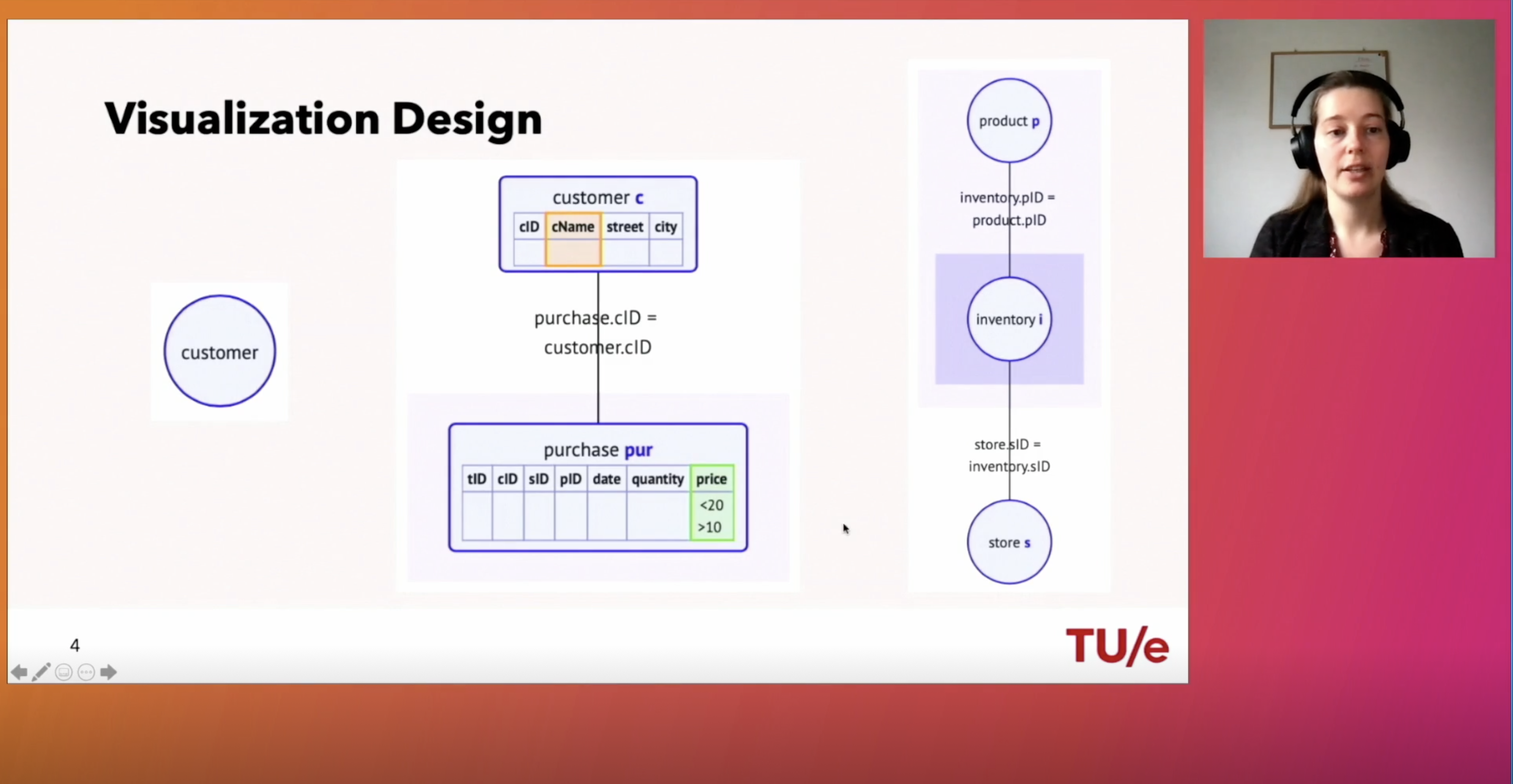 After the lunchbreak it was time for a presentation by Marieke Huisman on Alice and Eve, both the event and the exhibition on women in ICT. If you have read more of my website, you have probably seen my post on attending Alice and Eve last year. It was such a nice event, that it was great to hear from the organisers again. They also revealed that this year's version of the event will be in May, and hopefully be a real event again! I hope to be able to participate again this year.

After this great news, and the announcement of the VERSEN PhD thesis prizes, it was time for the final parallel sessions of which my presentation was a part. Presentations were all pre-recorded, which ended up being very convenient as I only needed to focus on the questions from the audience. The chair of the session had prepared some interesting questions, and I also received a few questions from the audience. Some of the questions allowed me to again highlight the advantages of the representation as I propose it. I also gained some insights into what other people would like to know about the system, which is a good take-away to have as we are also currently writing a paper on this material. 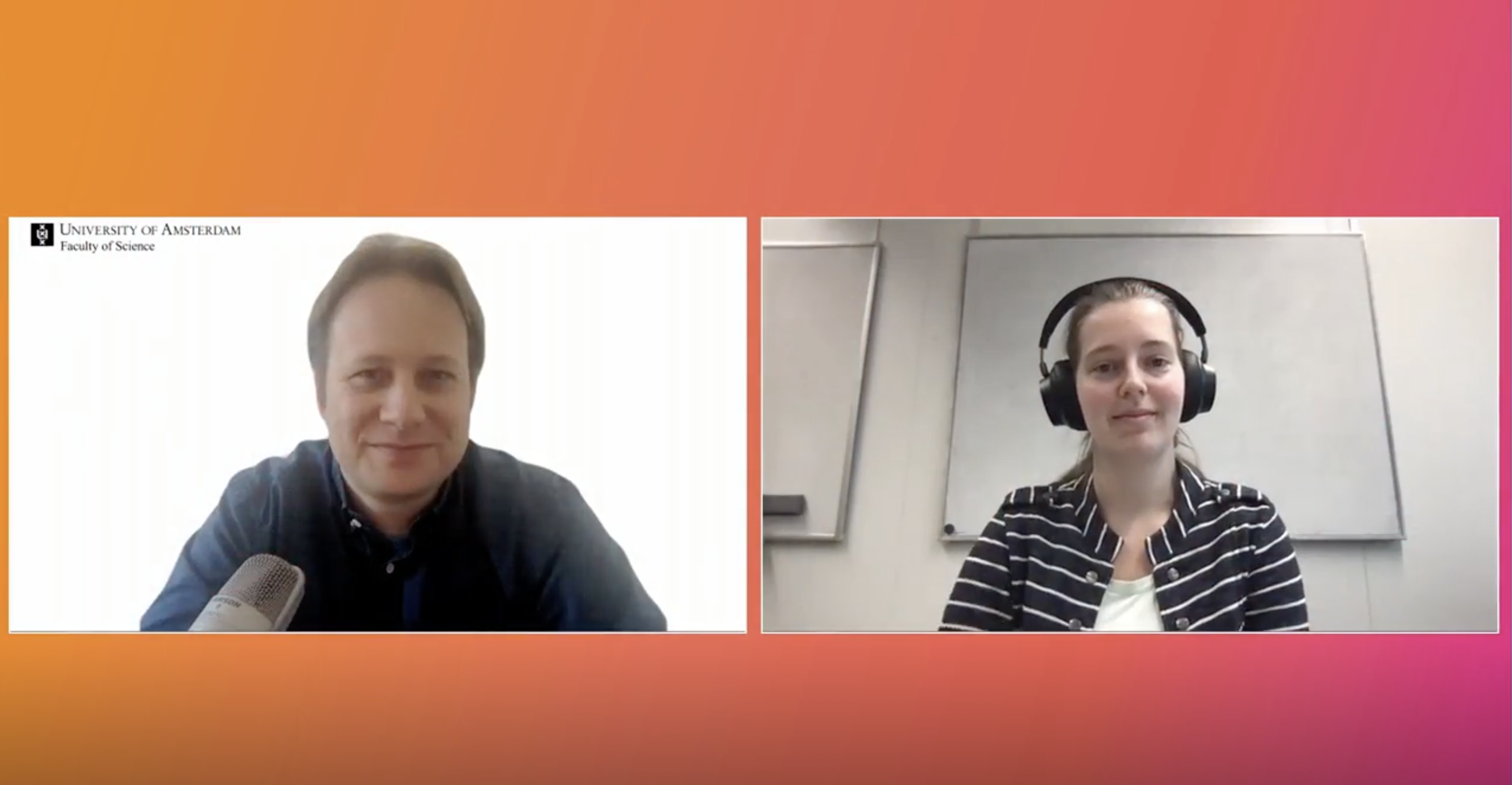 Discussing the questions with Paul Groth, chair of the Big Data track.

Finally, it was time for the awarding of the Dutch Price for ICT Research 2021, to Felienne Hermans. Through my work with Fenia Aivaloglou, who works at the Programming Education and Research Lab with Felienne, I had already been introduced to the work for a bit. It was really great to see this work, which is closely related to my current work, be awarded with such a prestigious prize. A beautiful little explanation video was created by Felienne and NWO. I'm really happy for her.

And then, with some final remarks from the organizers of next year's event, we came to the end of ICT.OPEN! It was a good experience with interesting talks. Unfortunately, it was a bit difficult to network, but in return we had some very clean, professional-looking sessions. The organisation of it was very well done, with even extensive instructions for recording the video and joining Q&A. Very many thanks to the organizers and technical staff for a successful ICT.OPEN 2021!

p.s.: Next year, maybe don't have a 10-second loop of waiting-music though :)