After my first summer school in August, this September I took part in my first doctoral symposium at SEFI. It was the start of my first online conference but also my first conference overall as CHI fell through.

Although SEFI is a European conference and organisation I was able to discuss my PhD project with seniors and fellow PhD students from all over the world, including Australia, Argentina and South Africa.

I was really happy with the way the program looked for the day. We had a lot of time to discuss our own projects in depth in groups, and then also had time to network with other people outside our group. After a short welcome we were introduced to all of the senior supervisors for the day. Then there was a short break before we started with our full session, in which myself and two other PhDs discussed our project with three senior supervisors. After a discussion of two hours we had a lunch break to give our eyes some rest.

After the break we were thrown into a rollercoaster of speed dates in which we were able to introduce ourselves to other participants of the doctoral symposium. Afterwards we returned to our breakout rooms with our original group to return to any unanswered questions and further discussion. Our senior supervisors even came up with the idea to publish a paper at next years SEFI conference based on our discussion during the day. The day was concluded with a plenatory session in which we all discussed our personal take-home messages. This was an interesting way to see what everyone had learned during the day, and it reflected personal struggles and dilemmas that they had discussed.

Although there was some optional networking on the agenda at this point, most people opted to leave as the day has been quite intense. I decided to go for a walk to reflect on the experiences of the day and to give my eyes some more rest. 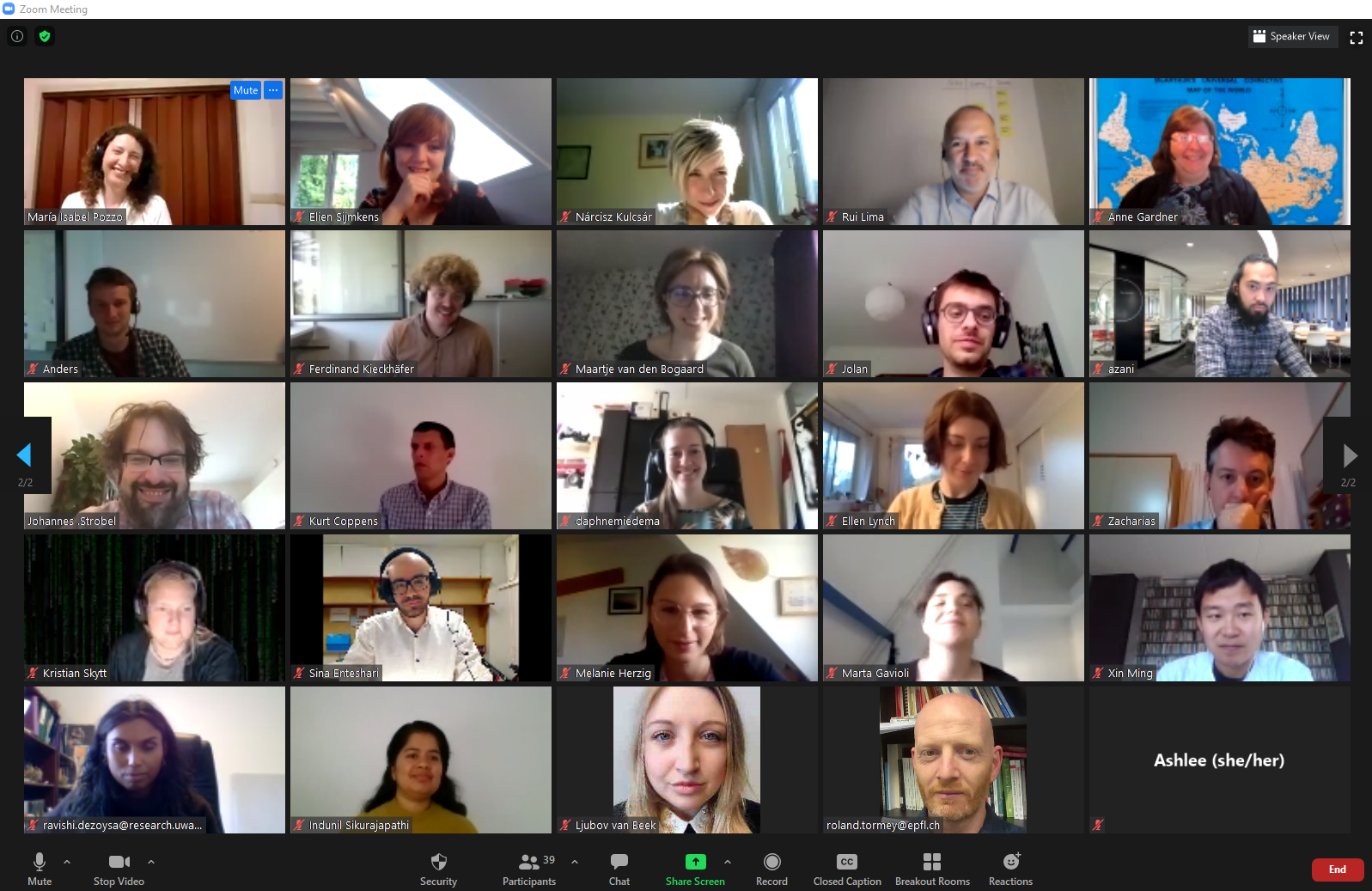 Some of the participants of the doctoral symposium. Unfortunately we did not fit in one window.

Takeaways from the group session

My main takeaway from the session was a large set of resources on research methods and experiment design. Many books and articles were suggested, so I will have lots of reading material for the upcoming weeks. On top of these resources I received in-depth feedback on the abstract we had to submit for the doctoral symposium. María gave me compliments on my proposed thesis title ("Barriers in database education: A study of query language understanding.") I was challenged by Maartje to consider what direction I wanted to take my research in. I am currently working on two parallel threads, one on visual representations of SQL, and another on misconceptions in SQL. Both threads used different methodologies, have different goals and lead to different results. Both could involve interventions, but this is not required. Other options for research directions are design-based research or mixed methods.

We also discussed the design of an experiment for AB testing one of my systems. The senior supervisors noted that there were no real ethical issues in testing my system with the students as long as they volunteer to participate. With their resources I can set up a good design for this experiment.

Later during the day we ran speed dates. As the organisers mentioned, this could be quite a rollercoaster. We jumped in and out of breakout rooms for 45 minutes with a switch of partner every six minutes. In the end it turned out to be quite nice. I had some good conversations, no duplicate 'dates', and also no matches with anyone from my original group. I believe I met five fellow PhD students and one senior supervisor. It was nice to be introduced to so many different research topics, and receive quick feedback on your own project from a different perspective.

The doctoral symposium for me has been a great way to build my network. There were so many participants with different backgrounds, which helped me to find new perspectives on my research.

I want to thank the organizers - Jonte Bernhard, Kristina Edström, Maartje van den Bogaard and Tinne De Laet for a great program and technical organization. I hope to be back sometime.